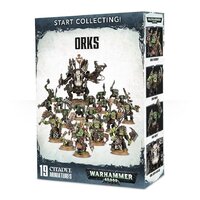 Orks fall upon their foes like a shouting green avalanche – tooled up with crude, improvised weapons and crude, improvised tactics, they’re an anarchic, battle-crazed force who live for the thrill of the fight. Addicted to violence, speed and brutality, they are resilient, resourceful and incredibly numerous – ‘ERE WE GO!

This is a great-value box set that gives you an immediate collection of fantastic Ork miniatures, which you can assemble and use right away in games of Warhammer 40,000! You’ll receive a Painboy, five Nobz and an ammo runt,, eleven Boyz, a Deff Dread and an exclusive Orks Formation rules sheet, special rules which confer certain abilities on this set when fielded together on the gaming table! 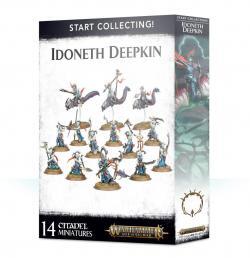