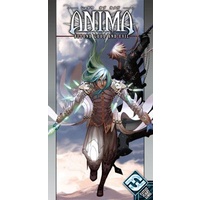 Everything ended. Omega, the ancient entity that threatened to disrupt all life in Gaïa, is sealed. Its unlimited source of power, the Infinity Orb, has been shattered, and the splinters scattered. Humanity continued forward, confident that this grave danger has past... or has it?

Anima: Beyond Good and Evil is the first stand-alone expansion for Anima: Shadow of Omega. You take control of a party of exceptional characters, wielding their cunning and magical powers to complete missions and ultimately stop the ultimate evil, Genesis. Be warned, however, other players will hinder your actions in order to claim victory for themselves.