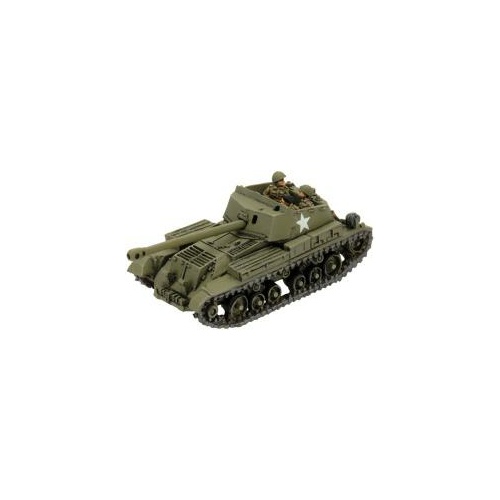 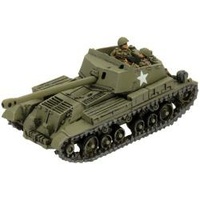 The 17pdr was the most effective anti-tank weapon in the British arsenal during World War Two; but mounting a gun of this size proved challenging for design engineers. While their subsequent work would later lead to the development of the Sherman Firefly and the Challenger series of tanks, the Ministry of Supply commissioned Vickers in July 1942 to develop a self-propelled version of the 17pdr using the chassis of the Valentine.

The resulting vehicle, known as the Archer was basically a Valentine chassis fitted with an open topped superstructure mounted above the fighting compartment much like the German Marder series of tank destroyers. The 17pdr was then mounted in a unique way, pointing to the rear of the vehicle. Despite the size of the 17pdr, the final design resulted in a relatively compact vehicle with a low profile.

After successful trails, the vehicle was put into production with the first models rolling off the production line in March 1944; reaching European battlefields in October. Despite the unusual gun arrangement, crews quickly learnt to adapt. Its low profile meant it was difficult to spot making it ideal for ambushing enemy tanks while the penetrating power of the 17pdr gave the British potent first shot, first kill weapon.

However, the Archer was not without its drawbacks. When fired, the gun would recoil into the driver’s position which meant the driver would have to vacate the vehicle during an exchange. The limited transverse of the gun further compounding this problem, as the vehicle had to pointing in the direction of the oncoming enemy to be effective. Finally, the open topped fighting compartment was only lightly armoured and left the crew exposed to artillery and small arms fire. Despite these limitations, the Archer provided an effective weapons platform for the 17pdr till the end of the war in Europe.