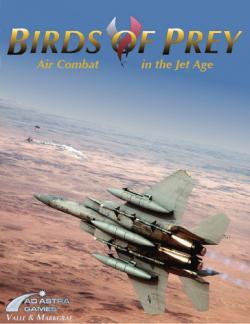 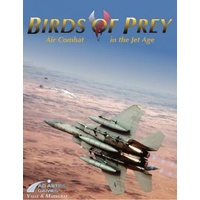 Birds of Prey is a revolutionary game of dogfighting in the jet age. Air combat is the ultimate three-dimensional environment and Birds of Prey captures that three-dimensionality like no game before. With a consistent flight model that works the same whether you're turning in the horizontal or in the vertical ("looping"), Birds of Prey avoids the rafts of special rules that made other air combat games difficult to learn and prone to player error.