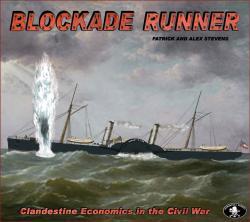 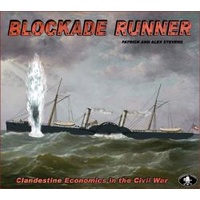 Blockade Runner is a resource trading game in the Euro style, but with a dash of danger.

In Blockade Runner, players take on the roles of entrepreneurs attempting to make the most money by shipping cargo in and out of the South during the American Civil War. Positioning is achieved by competing with each other for access to commodities, top market prices, and newly built ships.

Hard decisions include whether to play safely to keep ships afloat or take potentially profitable risks. The crux of the play hinges upon whether to bring in vital war goods, which reduce the intensity of the growing blockade, or more profitable black market goods. This enables a potential for cooperation, but competition is the heart of the game.