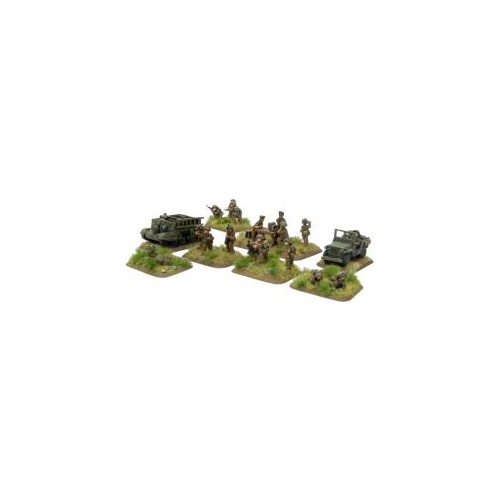 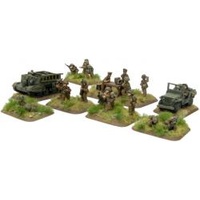 The key to the success of British artillery doctrine was good staff work and this gave rise to the British Flames Of War special rules Rounds On The Ground and Mike Target.


While prewar British artillery doctrine called for precision fire aimed at destroying individual machine-gun positions with minimal expenditure of ammunition. They soon learnt in the fast-moving battles of the desert that getting rounds on the ground as fast as possible was more important. Response times were rapidly increased so that within minutes of a target being identified a battery can ‘stonk’ a large area or concentrate everything to ‘murder’ a small target.

The battery staff and observers have another trick up their sleeve, the ability to call down ‘Mike Target’. This brings the guns of the whole regiment on a target designated by an observer. Within a relatively short time 24 guns would be pounding the target as fast as the loaders could shove the rounds in the breach. The effect was dramatic, leading German prisoners to ask to see the ‘belt-fed’ artillery on their way to the rear!

The Artillery HQ pack is designed to fit out a whole eight gun battery with its staff. You get three Command Rifle teams (one for each Gun Troop and one for the HQ Troop), a Staff team,  two Observer Rifle teams, two OP Carriers and a Jeep. All you have to do is add the eight 25 pdrs.

Designed by Evan
Painted by Jeremy