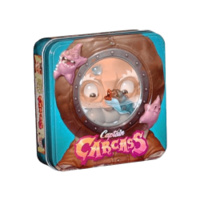 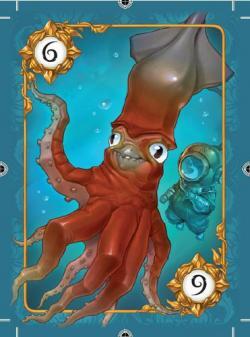 "ALL DIVERS IN THE WATER," shouts Captain Carcass.

You've now been thrown 20,000 leagues under the sea to seek wonderful loot! But beware the intoxication of the deep, or you'll come back empty handed.

Players take turns drawing cards and combining their special abilities to plunder the most loot without busting their entire hands.

The core of your turn in Captain's Carcass is all in the flip: pulling the top card off the deck and using its special ability. Your turn isn’t over until you say it is, though. You can keep pulling cards as long as you like – until you play a card of a suit already seen, at which point you lose everything. Knowing when to stop and "bank" your cards is the biggest decision you make in Captain's Carcass, but being too timid lets braver opponents pass you up with bigger, more profitable turns.