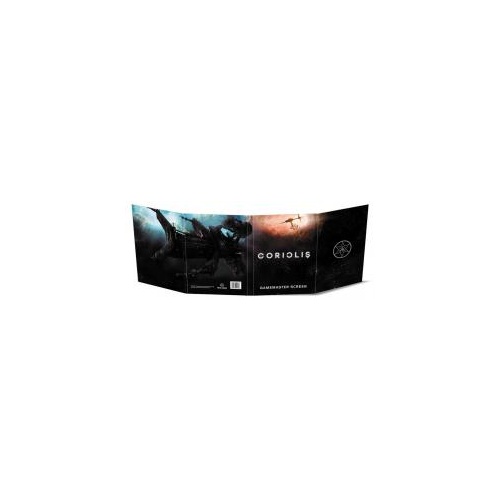 This deluxe Gamemaster Screen for Coriolis: The Third Horizon is made out of three sections of 3 mm thick hardback, measuring a mighty 855 x 216 mm when unfolded. The outside features beautiful full-color artwork, and the inside contains charts and tables for easy reference during play.