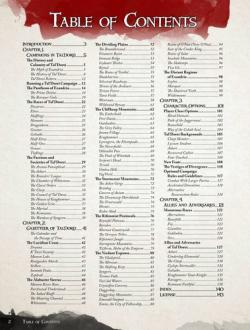 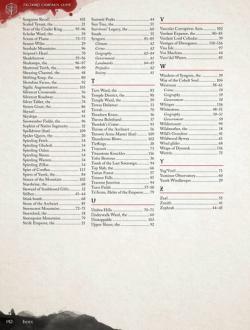 From the noble leaders of society who guide the political future of Emon, to the simple farmers who harvest their dinner, everyone has their own ideas about the origins of Tal’Dorei and the entire world. Many are jumbled misunderstandings of myths passed from father to daughter, or religious rewritings of historical texts that favor the teachings of a chosen divinity. Others remain focused on the few existing truths, digging beneath the layers of dust and decay that hide battles long past, texts long abandoned, and heroes long forgotten. The details are often debated, and while the common folk may live their entire lives with little care for the question of where we all came from, the question remains, consuming the curious, calling those hungry for purpose, and fueling the business of adventuring to delve into the dangerous shadows of ancient ruins.

Critical Role has taken the roleplaying world by storm. Now, you can join the adventure! Until now, the wondrous and dangerous lands of Tal’Dorei have been the sole stomping grounds of the show’s adventuring company, Vox Machina. But now, you can explore these realms in a tome from the pen of Game Master Matt Mercer himself!

Will you find one of the revered Vestiges of Divergence or perhaps discover part of the Chroma Conclave's legacy? Can you help the Ashari in their sacred charge to prevent the elemental vortices from overwhelming the world, or will you find yourself embroiled in the machinations of the Clasp?