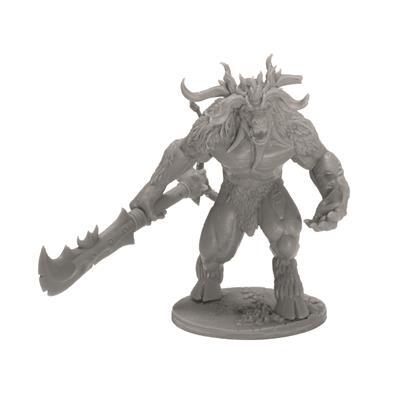 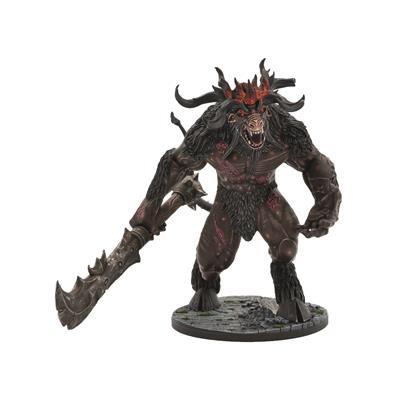 The demon lord Baphomet, also know as teh Horned King, and the Prince of Beasts, rules over minotaurs and others with savage hearts. He is worshiped by those who watn to break the confines of civility and unleash tehir bestial natures.  Over time, Baphomet's cultists become tainted by his influence, gaining bloodshot eyes and coards, thinkening hari. Small horns eventually sprout from the forheat, and in time, a devoted culstis might transform entirely into a minotaur - condidered the greatest give of the Prince of Beasts.

Baphomet appears as a great, black-furred minotaur, 20 feet tall with six iron horns. A hateful light burns in his red eyes. He weidls ar great glaive called Heartcleaver, be simteis cast his deadly weapon aside so that he can charge his enemies and gore them with his orngs, trampling them into the earth and redding them with his teeth like a beast.

Do not invite him to dinner.