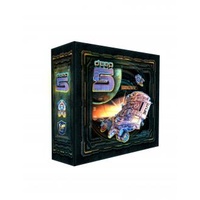 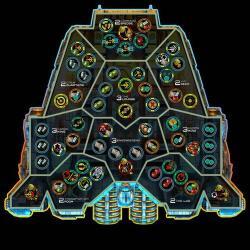 In the distant future, a crew of oddballs in a ship that can barely stay powered must save themselves from themselves and from, the universe. To lead a starship one must possess a keen eye, a sharp mind, and the courage to stare down insurmountable odds – or at the very least one must own a ship with enough crew to keep it from exploding.

Deep 5 (formerly Deep 5H.1T) is a competitive, resource management, strategy game for 2-4 players. You decide how your character will spend their actions, collect their resources and ultimately build their commendations to score enough points to be considered the true 'captain' of the very first 5H class ship in the space fleet. The running time is approximately 60-90 minutes for a full four player game.