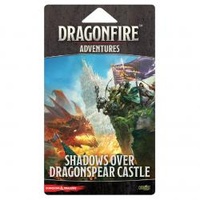 Dragonfire: Adventures — Chaos in the Trollclaws