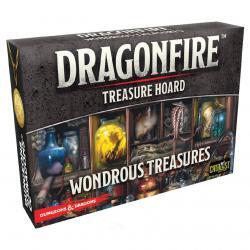 Every adventure will bring a dragon's horde of magical items to increase your ability to seize victory! Wondrous Treasures contains 55 foiled cards.