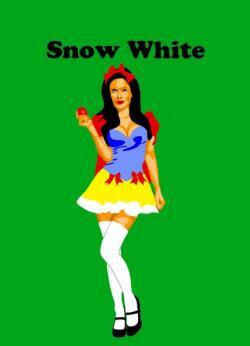 What if Snow White took a detour to Vegas on the way to Grandma’s house?

Things are about to go terrible wrong. Fairy Tale Assassin League is a story telling card game where people take classic characters to modern day Vegas. Bad things happen and the heroes then get revenge on the bad guys who did them.

The Snow White and Red Riding Hood game add together to make a larger game. FTAL is a 54 card deck of cards which includes character, location, scene, and action cards.

Players have a hand of action cards. Each turn they play an action card or point to a scene card and make up a little story about what happens next. Players may challenge stories to add to or alter them which can steal action or scene card played. Cards give victory points. The player with the most at the end of the game wins.