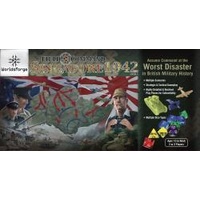 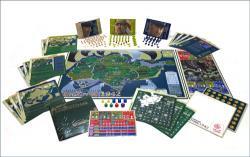 The Battle of Singapore 1942 is one of the most historically significant battles during the Second World War. It demonstrates how a campaign can be won through thorough logistics preparation, daring strategic gambles, and tactical innovations.

Take on the role of the British, Australian or Japanese field commander during the Battle of Singapore 1942. Re-live the period with the historic "Fortress Singapore" scenario or try a different challenge through one of the hypothetical scenarios, such as "Operation Tiderace", the British retaking of Singapore island. Play with Situation cards, for added complexity, unpredictability, and realism.

Manage supplies. Defend strategic objectives. Decide the tactics for each combat engagement. Every game is different.

Will you live up to the challenge?