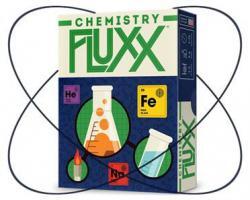 Fluxx Español is the only non-English version published by Looney Labs itself, translated by our good friend Luisa Robles. At the time it was published, Fluxx was at the 3.0 version, so this is loosely based on that. However, we were also experimenting with a smaller deck of just 56 cards. We have made a short cheat-sheet for the Actions, since most of the other cards can be interpreted from pictures and symbols.

Reducing the number of Keepers meant that some of the Goals would not work, and new ones were needed to even out the usage of the new Keeper mix, so this version is not really analogous to any of the English language versions. To further distinguish it from 3.0, we also had new art made up by Alison "Looney" Frane. 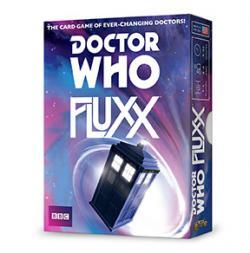