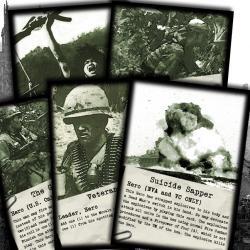 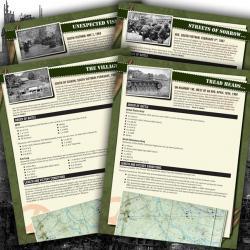 A Charles S. Roberts award winner, International Gamers Awards Game of the Year, and voted by Game Magazine as one of the top five conflict simulations.

River of Perfume: in which U.S. Marines engage the Viet Cong in intense house-to-house fighting in the town of Hue, south of the Perfume River, on February 6, 1968.

A Friend in Need: U.S. Army units move into the A Shau Valley in May of 1969 during the opening moves of the battle that will culminate in Hamburger Hill. Two platoons advance on a small village suspected of harboring the Viet Cong. The VC and the Americans know each other are in the area, but neither side expects a stand-up fight to occur.

Serious Firepower: In May of 1968 the Marines spent three bloody days clearing the villages of Dai Do and Dinh To. The fighting was tough, and armor support was called on for the attack on Dai Do. The Marines had a lot of firepower, but so did the forces holding the village.