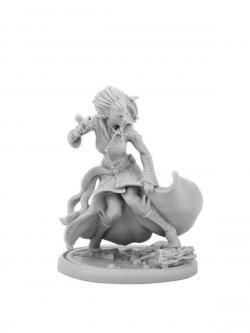 Nephilim: A junk-word term used to describe the diverse descendants of X’ion’s genetically engineered army. Created to wage war on the Archons and their creations, before being abandoned by their creator, X’ion, once the war was won.

Engineered to interact with other races, Emissaries appear more “normal” than other Nephilim. Emissaries are grown to full maturity in vats in a single year. Their minds are filled with fake memories and experiences to give context to their implanted personalities and skills.