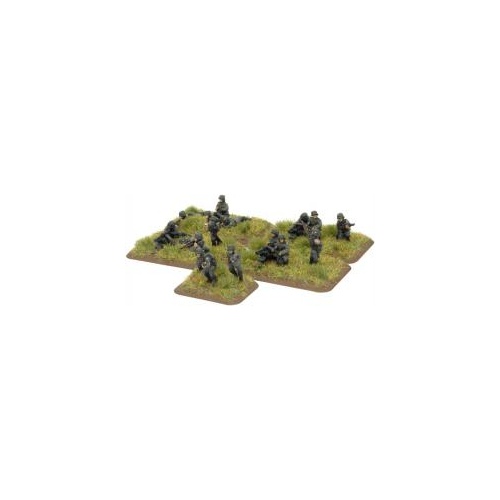 Armed with the versatile MG34, the HMG platoons of the German army were able to pour fire into an enemy to either suppress them in attack or pin them down in defence.

Capable of firing up to 800 rounds a minute, the MG34 had a unique feature of being able to produce semi-automatic or fully automatic fire depending on which part of the trigger was used. Another important feature of the MG34 was the ability to quickly change barrels due to the overheating associated with prolonged periods of use.

It could fire ammunition stored in either 50 or 75 round drums or via the more traditional belt feed system and used as either a Light Machine-gun fired off a bipod or as a Heavy Machine-gun fired from a tripod. The tripod also included sighting equipment which further aided indirect fire.