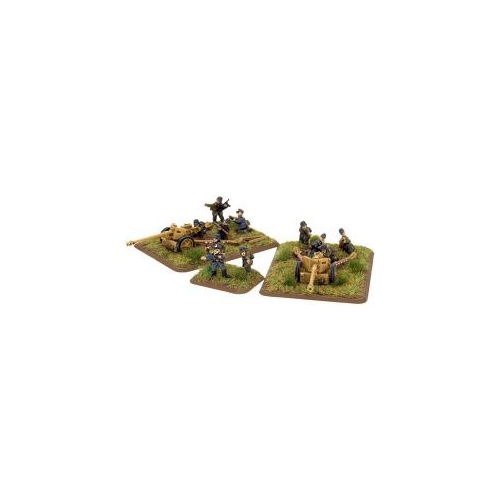 Development of the PaK40 begun in 1939, with the project initially given a low priority. However, upon the commencement of Operation Barbarossa and the appearance of heavily armoured Soviet tanks such as the KV-1, the project was given a higher priority. The first guns were delivered in November 1941 and became the standard German anti-tank gun until the end of the war.

With an effective range up to 1,500 yards, the PaK40 could fire an armour-piercing round at 2,598 feet per second penetrating up to 106mm of armour at 500 yards. In addition, the PaK40 was also capable of firing high explosive rounds giving it an ability to deal with infantry and soft skinned vehicles. An experienced PaK40 crew could fire up to 10 rounds per minute and its only major flaw was its weight. At 3,350lb, it was too heavy to move through rough terrain without the aid of a transport vehicle.

A PaK40 anti-tank platoon provides all the armour destroying capability needed to hold a defensive position against
attacking enemy tanks or assault guns. Protect them with infantry so they can concentrate on eliminating enemy
armour.