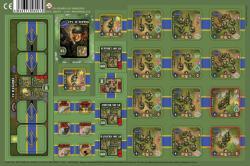 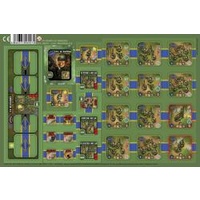 Heroes of Normandie - US Rangers

Following a wound from an arty blast, Capt Pepper has fallen in love with his Bar rifle. During his hospitalization he could not be taken appart from his beloved weapon. Ever since Capt Pepper thinks and acts like an heavy caliber machine gun, with violence and fury.

This expansion consists of an additional punchboard, that provides the player with more (and different) units & vehicles choices as well as additional US army counters.

Basic game is needed to play with this expansion.