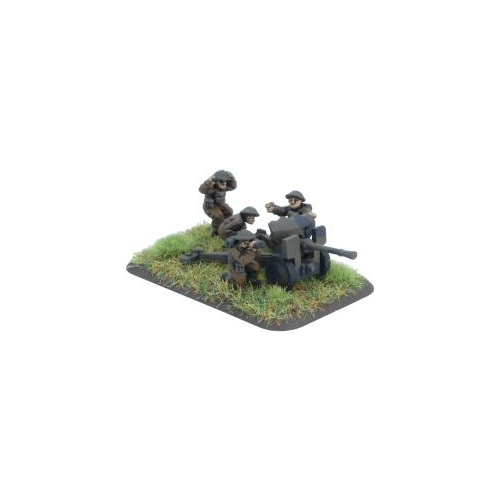 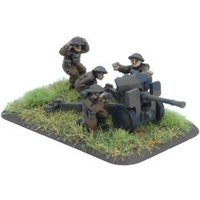 
During the 1920s, the French Army realised that their anti-tank capabilities were insufficient to deal with any opposing tanks of the time. Hotchkiss then got to work on designing a potential candidate.

Accepted by the army in 1934, the canon de 25mm semi-automatique modèle 1934 or canon de 25 for short was the French Army’s main anti-tank weapon at the outbreak of the Second World War.

In addition to arming the French Army, the canon de 25 also saw service with the British Expeditionary Force (BEF). By this time, all available 2pdr anti-tank guns were needed by the artillery ant-tank regiments, so the infantry purchased canon de 25 from the French instead.

These guns were so light that they were carried on the back of the 15 cwt trucks rather than towed behind them. These equipped the brigade anti-tank company of three anti-tank platoons. An anti-tank platoon would be attached to each battalion, and assigned to the sector most vulnerable to tanks and most in need of anti-armour support.

Although the gunners had little time to familiarise themselves with these weapons, they held the Hotchkiss guns in high regard as an effective weapon.

The 25mm Hotchkiss Gun in Flames Of War