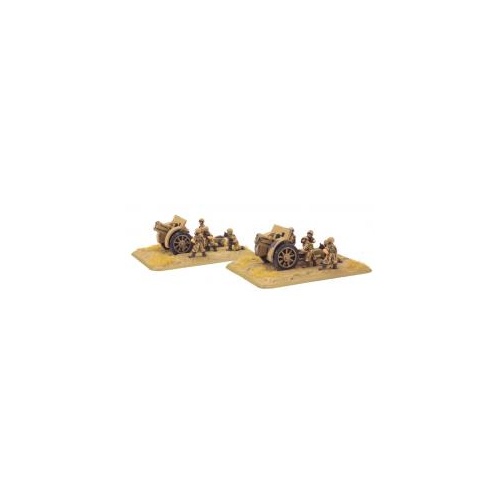 The Skoda 100mm gun was used by the Italians in Africa during the war, but it started life as a specialist heavy mountain gun in 1914. At the start of the 20th century Skoda (along with Krupp) were world leaders in artillery technology and many European countries equipped their forces with guns from the Skoda works.

The 100/17 (as designated by the Italians later) was initially designed as a mountain howitzer that could be broken down and transported by packhorse. Though it could be broken down, the carriage proved too heavy for most armies requirements and a lighter field trail was designed, the 100mm houfrice vz 14.

It proved a reliable weapon and remained in service into World War II. Because of the shear numbers in Italian service they produced their own spare parts and ammunition. It saw service during all the campaigns in North Africa, though they were not used on the Russian front, with the French designed 105/28 used instead.

The artillerymen were Italy’s best, and in their skilled hands the relatively old 100/17 proved to be an effective weapon. The howitzer has a range of 24”/60cm, ROF 1, Anti-tank 10/3 and Firepower 2+/4+. Their low ROF means they are best used as artillery, but at a pinch their good anti-tank makes a handy last line of defence against armour.