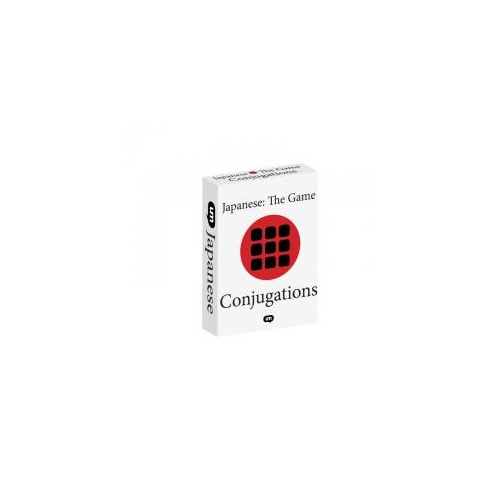 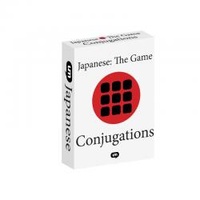 The Conjugations deck 36-card Expansion Deck brings your Japanese grammar concepts up to an intermediate level. You’ll be able to conjugate Verbs, Adjectives, and certain Copulas to many different tenses, including:

Much of this isn’t discussed until later in a Japanese course. But you can integrate this after one or two days of getting used to Japanese: The Game’s Core Deck, maybe sooner.