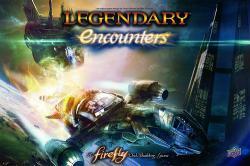 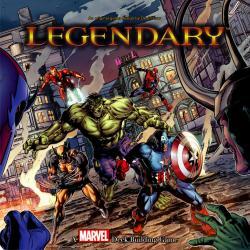 Legendary Encounters: An ALIEN Deck Building Game is a Co-Operative game set in the ALIEN universe.

Players will take on the roles of a Commander, Gunner, Synthetic or any of the ten role cards while recruiting powerful allies such as Ripley, Corporal Dwayne Hicks or Christie the Mercenary. Legendary Encounters will take players on a terrifying journey through all four Feature Films, “ALIEN, ALIENS, ALIEN 3 and ALIEN Resurrection” as they work together to complete challenging mission objectives.

Scan Rooms, Attack Xenomorphs, avoid Facehuggers and try, TRY to avoid the ultimate death...becoming the victim of a ravenous Chestburster. If a players fate is destined to this horrific demise, than that player will take on the role of a Xenomorph and try to stop the other players from completing their mission objectives.

Work Together or Die Trying…Welcome to Legendary Encounters: An ALIEN Deck Building Game