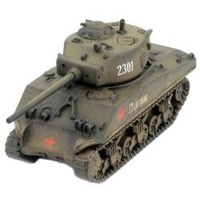 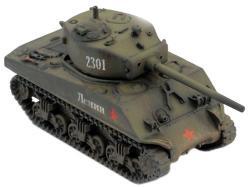 The American Emcha (M4A2 Sherman) is very different from the Soviet built T-34 tank. It is higher and not as wide, but the Emchisti (Sherman tankers) like it for its reliability and spacious interior.

All the tankers of the 9th Guards Mechanised Corps’ 83rd, 84th, and 85th Guards Tank Regiments and the 46th Guards Tank Brigade have already spent most of 1944 fighting in the earlier 75mm armed Emcha and are well used to them.

The corps’ November 1944 refit has given them the superior 76mm armed Emcha just for the drive on Budapest.

The tankers’ battalion is well supported by the troops of the brigade, corps and the 6th Guards Tank Army.