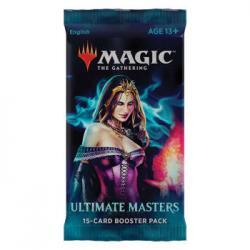 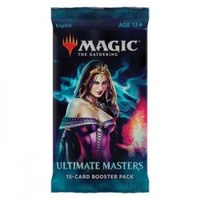 Ultimate Masters (UMA) brings a host of powerful, sought-after cards—including some of the greatest cards from throughout Magic’s history. It's the last Masters set for the foreseeable future, and we're sending the series off with a bang: it’s stuffed with iconic cards, including special box toppers.

The box topper card has a special frame, and its own custom flowwrap. Box toppers include every mythic rare in the set, many of the rares, and two uncommons. (Kitchen Finks and Eternal Witness.)