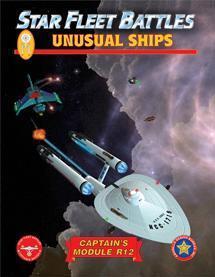 The Good, the Bad, & the Weird

Over a hundred new starships come to Star Fleet Battles, but not just any starships. Unusual variants, outrageous designs, prototypes, failed experiments, and the runners-up in design competitions.

...And dozens more of the strangest and most curious ships ever seen!