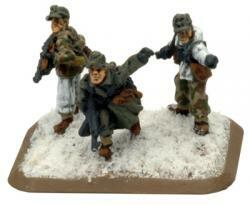 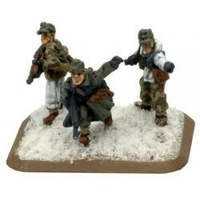 The 8cm GW34 (Granatwerfer 34, meaning grenade launcher model 1934) was a conventionally designed medium mortar. Mortar crews from other nations would find nothing strange or unusual about it when comparing it with their own weapons of the same type.

Mortars play an important role on both defence and attack. They can be quickly called on to deliver deadly fire on an attacking enemy, especially if they can catch the enemy out in the open as they approach the defensive lines.

On attack, they can deliver a barrage on a position to keep enemy heads down and reduce incoming fire on the attacking platoons. In direct support, they are ideal for pin-pointing troublesome guns or machine-guns and knocking them out.

The 8cm GW34 Mortar in Flames Of War