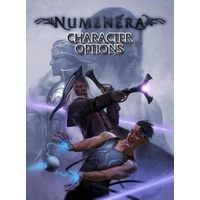 The Character Your Envision

Every player wants to play exactly the character they envision. And Numenera Character Options is here to help make that possible! This book is brimming with new material and new choices to help make Numenera character creation even more fun, more interesting, and more weird.