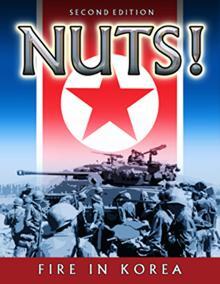 The men of my squad are cold, worn out, and short on sleep. We've been fighting for days and our advance seems to be challenged at every step. Just when we think we can take a breather, we're at it again.
Thwack!! Mortar fire and we all take cover. We have to keep moving.
We advance, running as fast as we can covered in layers of clothes against the cold, trying to keep as low as possible as the mortar bombs burst on the frozen ground. Thump, thump, thump. The slow burst of a Chinese heavy machine gun breaks the silence when the mortars stop firing. Another ambush!

It's simple really. In Fire In Korea you are a Platoon Leader and your job is to complete all your missions while keeping your men alive. But that's a tough job as the war was constantly changing. Fire In Korea takes you through the Forgotten War. From the opening period of the NKPA offensive through the other four phases of the war ending with the last phase, the Static War. All are covered and all bring their unique challenges.

Using NUTS!Second Edition as the base, this book gives you three ways to play:


Fire In Korea includes lists for the US Army, USMC, ROK, KATUSA, British, Australians, Canadians, Chinese and North Koreans. Vehicle statistics and rules are compatible with NUTS! 2nd Edition and we've added some new ones. Follow the link below to the Table of Contents for more information. And the nice thing is you can take these new rules and use them in your normal NUTS! games as well.

In Fire In Korea you'll experience the Korean War in a way that no other rules has ever done before. In any case, all we can say is...