Day of Days: The Invasion of Normandy 1944 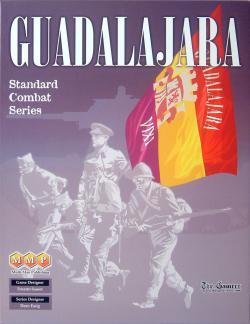 Rock of the Marne

Panzer Battles: 11th Panzer on the Chir River, is a Standard Combat Series (SCS) game by Multi-Man Publishing and covers the classic mobile defensive Chir River Battles of the German 11th Panzer Division against the culminating point spearheads of Soviet Operation Uranus. The Soviets have successfully entombed the Stalingrad Pocket and are in the process of locking down the pocket even harder.

In December, 1942. Strong Soviet forces, including the 1st Tank and 5th Mechanized Armies, conducted a concerted attack against German positions in an attempt to block relief efforts directed at Stalingrad from the west. In what is considered a masterpiece of mobile defensive warfare, the German 11th Panzer Division fought a lightning series of ‘fire brigade’ battles to contain and beat back the efforts of the Soviets to further seal the Stalingrad Area west of the Don Bend.

In an interesting twist of events, the German 11th Panzer Division, recently arrived from France is preparing to take part in the northern portion of the German relief attempt on Stalingrad (Operation Winter Storm). Full strength and available, the division launches into the Soviet drive in what has become a textbook example of a mobile defense and counter-attack which is studied to this day. It originated the term 'Fire Brigade' as used on the Eastern Front in WW2.

Under the energetic leadership of Generalmajor Hermann Balck and his Chief of Staff Oberstleutnant von Mellinthin, the 11th Panzer was able to defeat the Soviet mechanized drive.

German accounts stop right there, with a German victory. However, the win (if it can be called that) was a Faustian bargain. The Soviet drive was stopped, but at the cost of the German units designated to make the Stalingrad relief effort. There would be no Northern Pincer now. The Southern Pincer soldiered on alone. And failed.

The game covers all this swirling mobile action in turn representing two to three days and a hex scale of 500 meters. Units are companies to regiments. Play is highly interactive (the only way to show its mobile nature) using a chit pull system by formation. The rules are a continued adaptation of the system shown in Bastogne: Screaming Eagles under Siege, It Never Snows, and Day of Days: The Invasion of Normandy 1944.