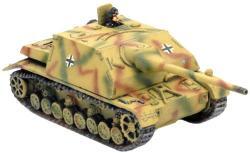 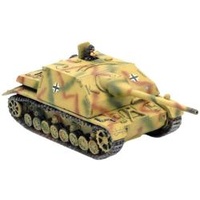 The Panzer IV/70 tank was derived from the Jagdpanzer IV tank-hunter. The Jagdpanzer IV was designed as a replacement for the StuG G and StuG IV. It became known as Guderian’s Duck after General Heinz Guderian objected to its introduction. He felt that the StuG assault guns were more than adequate and production resources were better spent on Panzer IV tanks.

Early in the design process it was decided to arm the new vehicle with the 7.5cm PaK 42 L/70 gun as found in the excellent Panther tank. These new models began production in August 1944.

The Panzer IV/70 (A) tank combined the excellent gun of the Panther tank with the tested hull of the Panzer IV tank. With additional armour this made for a formidable fighting vehicle.