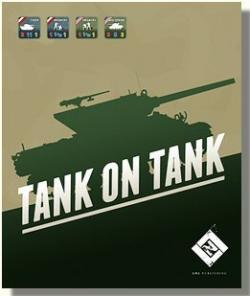 
The Allies land in Normandy to liberate France from German rule. The liberation however, won't be an easy road. From D-Day at Omaha Beach, through the battle for Normandy, the Allies will fight the Germans tooth and nail, bayonet and rifle, tank on tank.

Tank on Tank is a new Peter Bogdasarian design. A smaller game that can be learned in less than five minutes and played during a lunch break, Tank on Tank depicts tactical ground combat in Europe in the latter years of World War II.