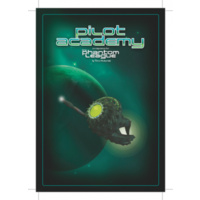 Phantom League: Pilot Academy is meant to make a player's immersion in the world of Phantom League even deeper, while offering more tactical choices during battles.

Phantom League: Pilot Academy can be used without Mostly Harmless, the first expansion for PL, although it includes a separate rules booklet for those who do use Mostly Harmless.