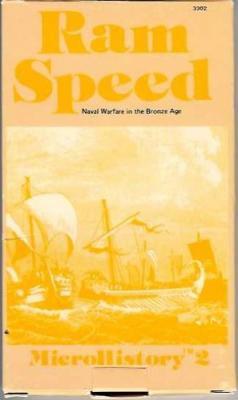 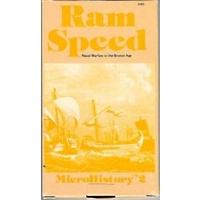 "The Bodies of the men that died
The breakers buffet, the billows beat.
Washed with blue of sea-salt tide,
Rolled in wreackage of shattered fleet."
- Aeschylus

RAMSPEED is a two-player game recreating the excitement of navel warfare int he Bronze Age. Each player constructs galleys for his fleet as he chooses, utilizing a point system. Hulls, rowing banks, missile weapons and boarding parties are all included. Combat covers ramming, shearing, grappling, boarding and missile attacks. RAMSPEED is a fast playing game from the age of mythical heroes, a time when gods roamed the earth and mystery veiled the oceans.