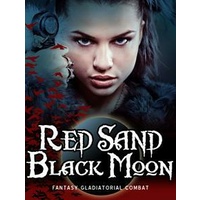 The Gladiators of Ancient Rome sometimes, but not always, fought to the death for the amusement of the crowd. If a Gladiator fought well he could appeal for mercy in the hope that his performance had earned him a reprieve.

NOT SO IN THE WORLD OF TALOMIR.

Talomir, the fantasy world of Warrior Heroes and Rally Round the King, offers no such luxury. Gladiatorial combat thrives in Talomir but it’s strictly on the job training.
There are no Gladiator schools or benevolent Patrons that will provide you the chance to learn your craft. Instead you learn on the battlefield or in some cases the back alleys of the decadent cities of Tropilium or Demeskeen, home of the largest arenas. But more than likely you’ll just die in some rat infested arena in a backwater town.

Ah, but if you succeed Fame and Fortune await.

It allows you to fight gladiator matches with any fantasy figure you may already have!

RSBM has over twenty fantasy races with sixty plus characteristics or Signatures that allows you to create your own unique gladiator. Want to play a Troll? Yep. Demon? Got it. Dashing Knight? You bet!

Like all THW games RSBM can be played solo or same side against the game mechanics as well as head to head against your friends
RSBM includes: