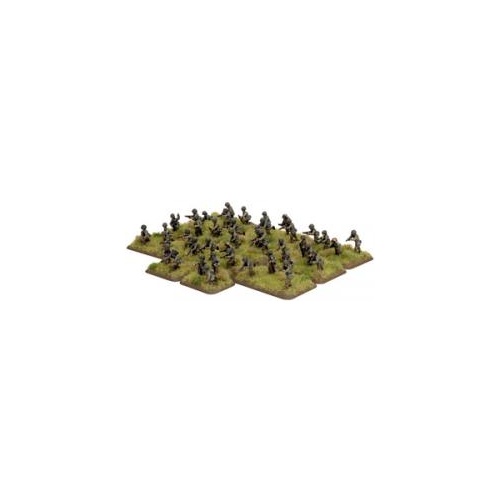 The GI's of the rifle companies are at the bottom of the military pecking order, but in the end it is they who do the most fighting and win the most battles. Without the humble GI, the war would have been lost a long time ago.

The core of the rile platoon is the GI armed with an M1 Garand Semi-automatic rifle, backed up by the Browning Automatic Rifle (BAR). Their automatic weapons allow them to put down an immense volume of fire, especially at short ranges, making them particularly adept at fire and manoeuvre.