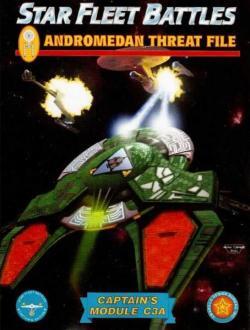 When the Andromedans began to rampage through our galaxy, and even when they tried to conquer it, nobody was really sure just what the Andromedans had or how they worked or what they wanted. You could (in peacetime, anyway) buy Klingon or Romulan books and have a basic working knowledge of their culture, ships, and technology, but the Andromedans remained a mystery until they were wiped out. So, the fleet intelligence services did what you would expect: they guessed. Most of the time, they guessed wrong. Worse, they assumed that the Andromedans would develop their ships just as the galactic powers did. This book compiles all of these guesses.