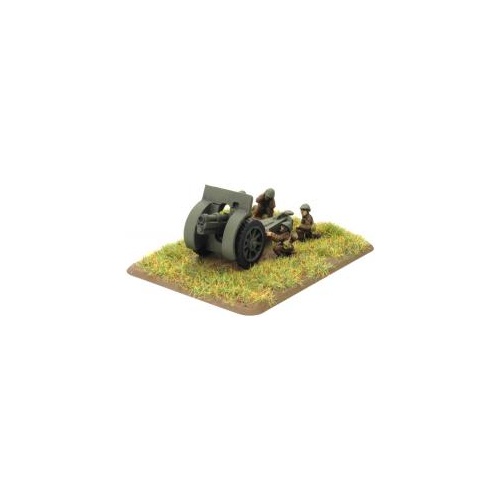 After the losses during the Stalingrad campaign the infantry divisions’ artillery was reduced to two two-battalion regiments in 1944. The Romanians re-equipped the Artillery Regiments with 100mm howitzers, but large numbers of 75mm guns remained in service in 1944.

Initially plans also included 150mm guns for the divisions, but these larger weapons remained in independent units at corps level and were never issued to the divisions.

In Flames of War

The Skoda 100mm howitzer has a Gun shield which means that even if you fail a Gun save, your opponent must make a Firepower test to destroy that team. But remember, Gun shields only provide Bulletproof cover from shots fired from in front of the gun.