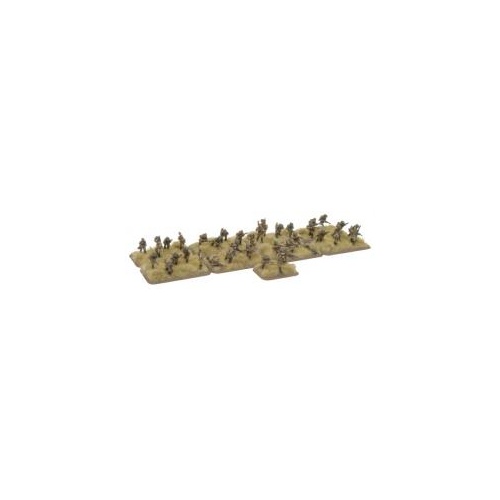 The character of the Red Army soldier can be defined as fierce, tenacious and extremely tough, but their technical training and tactical leadership could be abysmal. With adequate leadership the Soviet soldier proved that he was a weapon to be feared.
With these veterans of the Eastern Front, you will claim victory over the German fascists!
Pack contains 8 Medium Bases, 2 Small Bases, and 44 Late War Soviet troops.
Remember with the Soviets, size does matter! Those big companies of yours are very hard to stop when used cunningly, using cover and restricting the enemy’s field of fire. In Street Fighting, liberating Soviet town after Soviet town, they’ve proven extremely effective and dangerous.