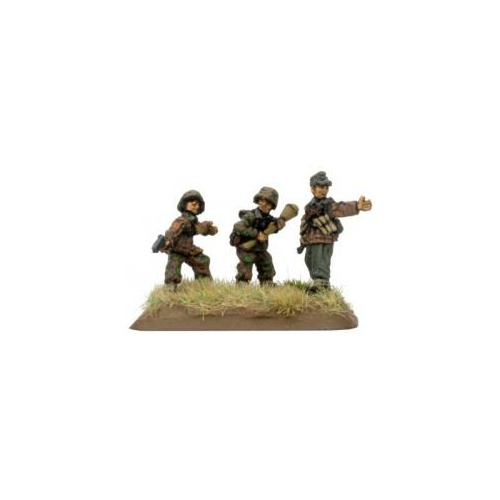 Armed with the versatile MG42, the HMG platoons of the Waffen-SS were able to pour fire into an enemy to either suppress them in attack or pin them down in defence.

Spitting out bullets at rates up to 1200 rounds per minute earned this formidable weapon the nickname Hitler's Buzzsaw. With such a high rate of fire, the facility for a quick barrel change was a must as constant fire caused the barrel to quickly overheat; an experienced gunner could successfully change the barrel on a MG42 in mere seconds and often had a number of spare barrels on hand.

The MG42 HMG in Flames Of War