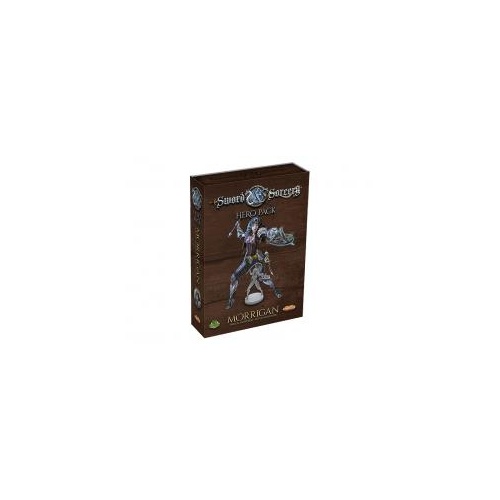 There are times when terrible acts give birth to an implacable nemesis, creating heroes completely devoted to revenge… Heroes like Morrigan, who saw her parents and friends exterminated by supernatural creatures.

As a Demon Huntress, Morrigan is the only survivor to a demonic attack on her hometown and feels a deep hatred of these creatures. She specializes in fighting with her arcane whip, her mind perfectly trained to ignore the terror caused by demons.

As a Witch Huntress, Morrigan survived the attack of a Death Knight and his undead horde, and learned the ways of a Hunter of the Walking Dead. Her favorite weapon against undead is a crossbow firing blessed quarrels.

This Hero Pack features two miniatures of Morrigan (normal and Ghost Soul form), her Soul Gem, and new cards — including two legendary treasures, the Moon Scythe and the Inferno’s Tongue.