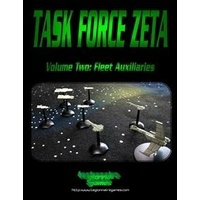 You've learned how to defeat your enemies on the distant borders of The Empire, commanded powerful warships and fighter wings in battle, and lived to tell your tales in the officer's lounge. But none of your accomplishments would have been possible were it not for a plethora of supporting troops, supply tenders, repair vessels, and starbases along your route to the enemy's front door. Time to give them their due.