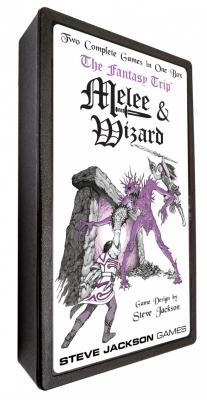 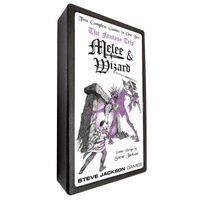 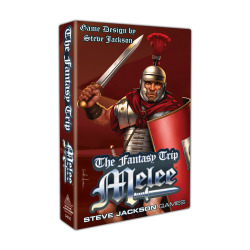 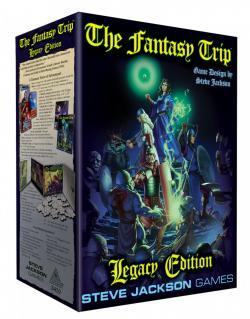 Originally released in 1977 and 1978, the two first releases in The Fantasy Trip series, Melee and Wizard, were out of Steve Jackson's reach during the eighties when the classic Pocket Box was first produced. Finally, they're able to present these two great games in an 80s-styled package, making this the "What If?" edition you're sure had to have existed in the early days of gaming.

Melee – Create characters in just a few minutes – then send them into the arena. Winners become stronger and faster for the next battle. Losers die.
Each counter in this fast-moving game is a single warrior. Players choose weapons and tactics for their fighters, and send them into combat against men, beasts, or monsters – to victory, or death.

Wizard – The magic companion to Melee – sorcerous combat, in the arena or in the dungeon. Create your wizard, choose his spells, and go into combat. Zap your foe with fireballs or lightning. Summon giants, dragons, and wolves to destroy them all. Or be subtle and entangle them with Magic Rope and Sticky Floor spells. Successful wizards gain skill and power. Losers die.