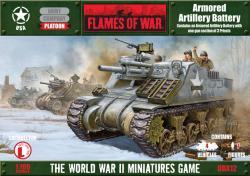 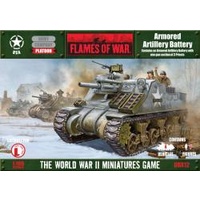 By 1940 the landscape of modern warfare had changed. The use of ‘Blitzkreig’ tactics by the German in their conquest of Northern Europe meant it was vital for supporting units to keep pace with the armoured spearhead to maintain the momentum of an attack.

US tank officers were all too aware of this fact and requested artillery weapons that could keep pace with the rapid advance of the tanks. The first attempt at mechanisation resulted in the T19 105mm HMC; a M3 105mm howitzer paired with a M3 half-track. Far from satisfied with this design, the Ordnance Department hit pay dirt by mounting the same 105mm howitzer to the M3 tank chassis (and later the M4 chassis).

This design was known as the M7 105mm HMC and first entered combat during the campaign in Sicily in July 1943 and served with distinction in both the European and Pacific theatres throughout the course of the war. The M7 105mm HMC however, would prove to be only self-propelled artillery piece of note in the US Army during World War Two with over 4000 vehicles being produced by the end of the war.