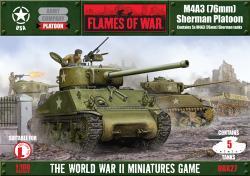 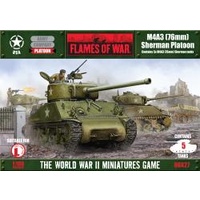 The M4A3 (76mm) married the new M4A3 hull with the 76mm gun, making for a fast, hard-hitting tank. This gave US tank crews a definite edge over German medium tanks, as well as giving Panther and Tiger crews something to truly fear.

Like the other late M4A3 models, the M4A3 (76mm) tank by its steep front armour plating and crew hatches. Of course the 76mm gun is another dead give-away, but once again the turret was redesigned and the loader’s hatch was made into a single-piece oval hatch.