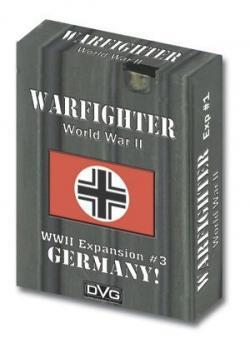 Warfighter WWII Expansion - #52 Dieppe adds 56 cards to your Warfighter WWII Missions! This is a Soldier pack with new Hostiles, Soldiers, Locations, Missions, Objectives, Weapons, Equipment, and Skill. The cards included in this Battlepack will give a player who only has the Warfighter WW2 E.T.O. game, new Player Soldiers, Non-Player Soldiers, Squad Soliders, missions, objectives, locations, a new skill called Climber and a piece of equipment called toggle rope. For those player who are history buffs and wargamers you have all the necessary components to script out the desperate actions that occured between the 2nd Canadian Division, the Commandos and the 302nd Static Division of the occupying German forces on the beaches on or near the fishing port of Dieppe in France in the early hours of the 19th of August 1942. Also included are a British Commando Player Soldier, 2 British Commando Squaddies and a Non-Player Soldier U.S. Ranger.