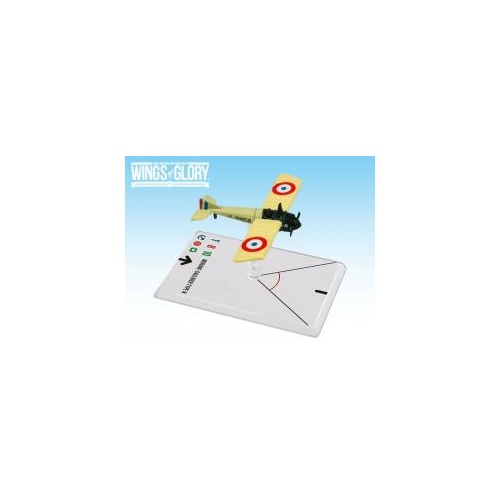 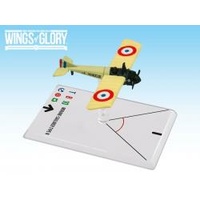 The French fighter-scout Morane-Saulnier Type N was the first French aircraft to be developed specifically as a fighter. It had an advanced and aerodynamic design, but was not easy to fly due to its stiff controls and high landing speed. Introduced in 1915, the Morane-Saulnier N was adopted by French Aéronautique Militaire, GB Royal Flying Corps and Imperial Russian Air Force. This aircraft was seen on the western front in April 1915, and was piloted by Aces as Sergent Eugene Gilbert, Jean Chaput, and Jean Navarre.

Designed to be used with the popular air combat game system created by Andrea Angiolino and Pier Giorgio Paglia, each WW1 Wings of Glory™ Airplane Pack is a ready-to-play model, painted and assembled, 100% compatible with any other WW1 Wings of Glory game product. In each pack you will find all you need to play with the airplane: a special base with gaming stats, a variable altitude flying stand, and a specific deck of maneuver cards. 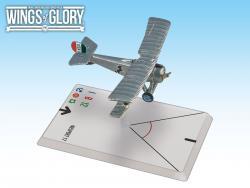 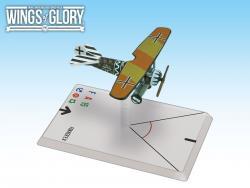 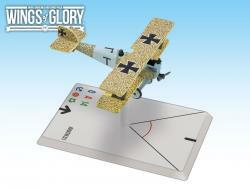