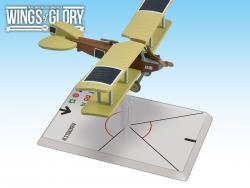 Albatros C.III (Meinecke)
When World War I started in 1914, Emil Meinecke joined the German Fliegertruppe and served first in Germany, then Turkey as an instructor and later as a combat pilot.